A young lady tries to decide what to wear for her date while her friend helps her and judges her. That’s the beginning of Dress, Paulina Lagudi Ulrich’ s short film starring Tess Sullivan and Madeline Dennison. From the very first moment we observe a very delicate aesthetic which follows a flawless cinematography. The cinematography is faithful to the aesthetic of the film, which is soft and dreamy, and the camera succeeds in being unnoticed while following the characters. 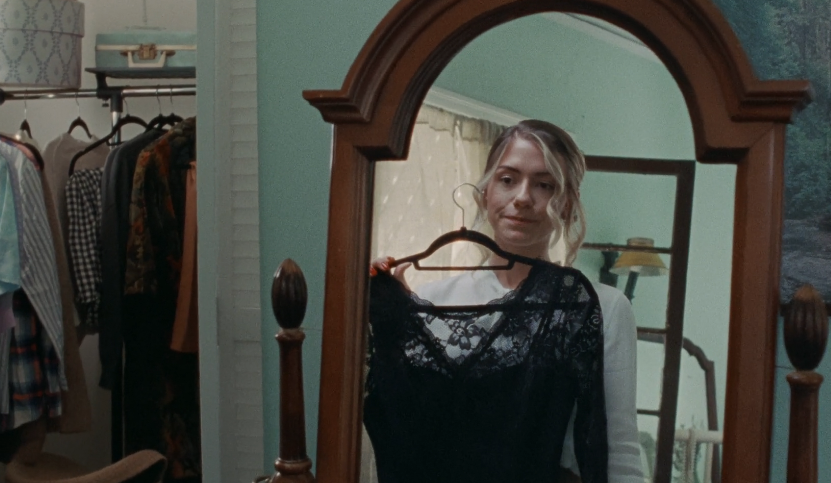 The film begins in a promising cinematic atmosphere since the two girls argue, make jokes and look at clothes and all this ambience leads us to think that we might be about to watch a coming of age film or a teenage drama. Maybe this is not exactly the case about DRESS, but I surely can not argue that it is in its own way a “ coming of age” film.

What is interesting is the use of a plot twist in the film. This is something that, if executed correctly, every audience is always enthusiastic about. In the occasion of a short film it becomes more difficult to build the trust needed in order to present the unexpected. In the script of DRESS there is a decent effort to build that relationship between the viewer and the characters and their story.

What I might find problematic is that there is a turning point if the film that all this anticipation about what is going to happen slowly becomes a confusion about what is going on. I surely am not able to know if this occurs because the plot twist was the center of which the script was built around but this is what I believe.

I would like to make a final comment on the character of Susan. I think both the director and the actress succeeded in portraying a teenager in a very cinematic way that aesthetically reminds us of quality teenage dramas. Before all the plot twists and the theatrical deep conversations I would dare to say that I experienced some GHOST WORLD (2001) vibes. 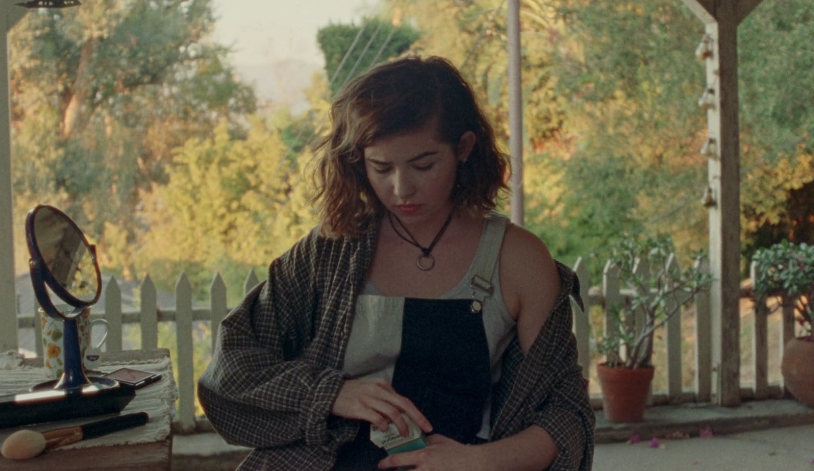 The film is without doubt worth watching and with a better acting performance from the lead actress and without the script problems I mentioned, it would be even better. I would really be interested in a retro teenage film, with a better written script, from the director of DRESS, Paulina Lagudi Ulrich.