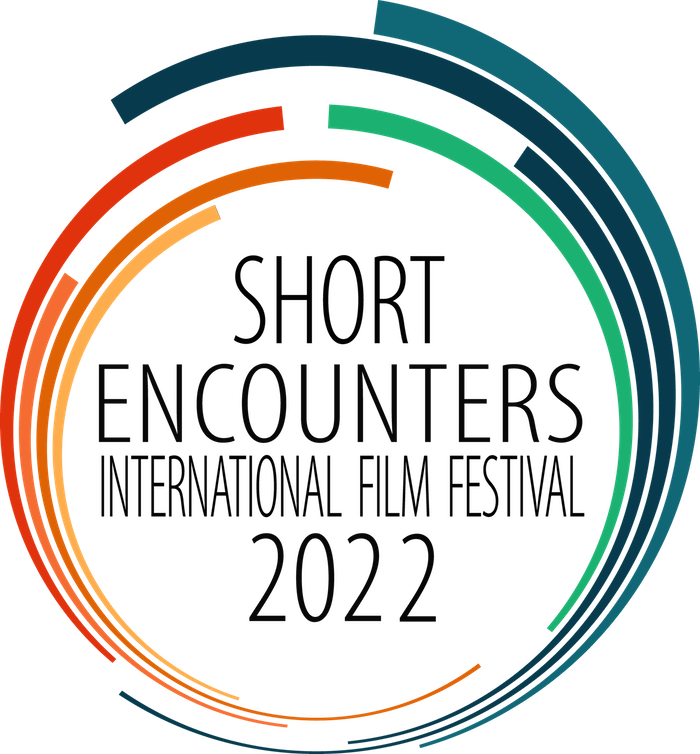 "Martha’s Day" is a remarkable, sophisticated short film describing a single day in the life of Martha, a patient suffering from amnesia. While Martha discovers a series of extreme facts she can not remember, the creator Sofia Monzerratt uses her story to pose some profound questions regarding memory, reality construction and freedom of choice.

Martha, exceptionally performed by Rhoda Pell, wakes up, but not in awareness. A series of agonizing puzzles rises together.

She stretches her hand in a vain search for her companion. She notices the fruits are long rotten. She is puzzled by the bookmark’s position in her book. More upsetting surprises follow. Someone’s cigarettes are on the table. A man’s shoes lying on the floor. A dead cell phone. She realizes the doors and windows are locked. She is trapped! She will attempt to communicate through the computer. She will notice the cameras. She is being surveilled! Things rapidly escalate for the worse. Martha discovers blood stains on her dress! And right after, she experiences unprecedented terror as she discovers a body in her bathtub! She is shattered by shock and panic. She will try to make sense. She comes across several sticky notes that she finds incomprehensible. She passively follows a line of hints leading to a staggering explanation: She is informed that she suffers from anterograde amnesia, the loss of the ability to create new memories! Then a weird, non reassuring explanation comes from a video by her husband Thomas, confessing his involvement in her situation. Then she is shown scenes of major events from her life, supposedly leading her to a sequence of realizations: “you are a grandmother”, “this is your grandchild” and “this is your life”.

Martha is totally shocked. Brad, her brother in law, appears in a video attempting to rape her and she kills him in self defense! She realizes that she has committed homicide! This is the culmination of a devastating sequence of discoveries which are too heavy for a person to endure. Martha has undertaken not only the stress of discovering who she is and her past, but also the stress of the realization that she has committed homicide. This is indeed a disproportionate, inordinate volume of shocks, a deadly overdose of existentially paralyzing information. 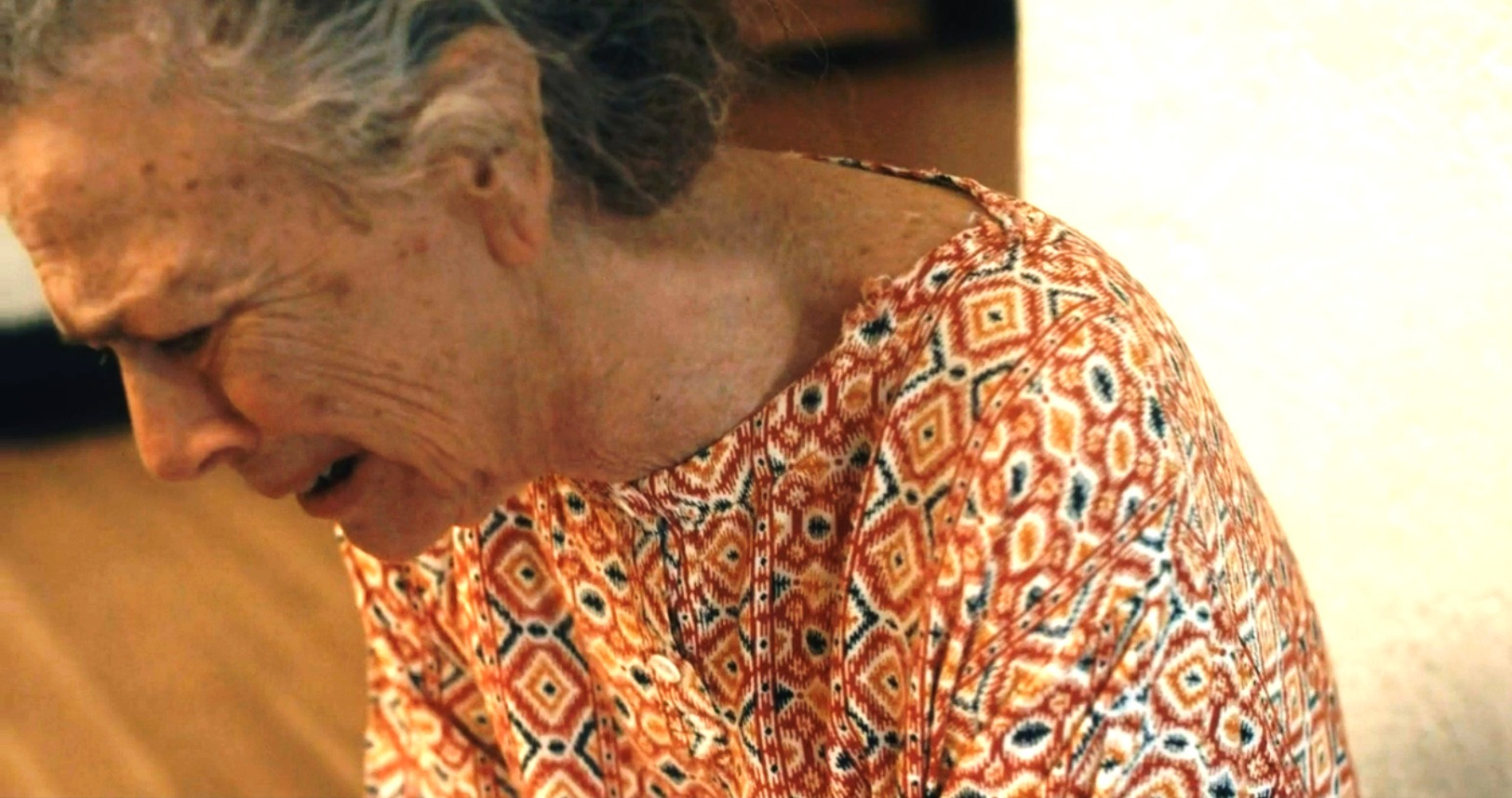 But still there is no rest for Martha’s soul. In the peak of her shocks, as she is shattered by the appalling sequence of hits, she is asked to respond to a crucial ethical dilemma. “You choose your future today and only today and as for right now I can only see three options: one you can wake up tomorrow and have the same exact day that you had today. Leave yourself clues and sticky notes that might make this process easier for you tomorrow. Two, you can deal with the problem today, clean the bathtub delete the proof and wake up tomorrow completely innocent, or three, you can find a way to unlock that door and simply run away. Escape. And see what happens the day after.” What an overwhelming request from someone who has already been hit by all that has preceded! All previous events and discoveries, imposed upon Martha in the script are beyond human capacity to comprehend, digest and respond. Expectingly, Martha will retreat into oblivion.

Within this extraordinary flow of shocking events Sofia Monzerratt, the writer and director of this stimulating film attempts to ask some penetrating questions. She exhaustively describes Martha’s everyday adventure, which is indeed an uncommon succession of extreme and terrifying events. It is in fact an unendurable, shocking sequence of revelations, inhumanly condensed for someone’s day time. Still, the director uses this exceedingly condensed event chain as a setting to utter her intriguing thoughts; Sofia claims that in every “dead-end” and in every “cell” there is an exit and it is optional to choose it, or remain enclosed. “Just remember to be trapped in the same day everyday is optional for everyone after all”. The way we process and interpret reality is crucial and much depends on memory.

Memory is an essential ability to remember by internalizing experience. It determines the way we perceive reality. But could memory be considered a “burden”? Under what circumstances can an essential cognitive ability limit our own freedom and entrap us into an internal prison? “And the people out there, they all carry their memories and wounds with them making all their seconds feel heavy”. Is there a chance to “play with” or “manipulate” this innate organizing and cognitive ability and hence turn our perspective favorably for us?

The great philosopher Aristotle, in his Metaphysics (980a27-980b21) acknowledges memory as an ability which is prerequisite of knowledge: “By nature, animals are born possessed of perception. In some of them, memory does not come about from this, but in others it does come about. And because it does, they are more practically-wise and better at learning than those incapable of remembering. (…) From memories experience comes about in humans, since many memories of the same thing finally bring about the capacity of one experience”. (980b 28-30)

Martha due to her illness enjoys this essential constructive power only for the duration of a day. She has the ability to gain knowledge of what she experiences for a day and then, “hypnos” (sleep) will erase her experience and she will wake up again ignorant. This is the fate of her illness. Martha wakes up every day in a state of unawareness about recent events. Every day she has to reconstruct her reality from “tabula rasa”. Her situation is truly terrifying; it is a Sisyphean mental nightmare. Script wise, perhaps her situation did not need to be additionally encumbered with a series of extreme events, including homicide.

Sofia Monzerratt stretches her story line to inscribe profound questions about memory and test an inverted perspective of memory. Memory is not only a constructive power which enables knowledge, but also a depository of ugly, painful experiences, which burden people’s lives. Amnesia is certainly a disruptive disease, but for Martha it could be an existential opportunity, a chance to escape from her extreme situation.

The daily loss of memory appears as a relief from the burdens that memory reserves for Martha, the unbearable realization of homicide, the guilt and the devastation. “If you’re watching this, then you probably watched what just happened”. Sofia Monzerratt sees in amnesia a peculiar “amnesty” for Martha, even a chance for freedom.

It is very interesting that the words “Amnesia” and “Amnesty” (amnestia) coincide in ancient Greek. The current meaning of amnesty as “intentional overlooking” or “pardon for a class of offenses” applies well to Sofia's interpretation of amnesia. Why not see memory not only as a constructive power that structures knowledge and perception, but also as a constant innate adversary? “Regular people will wake up tomorrow with the heavy weight of their memories. Remembering the things they have done and the things they haven’t accomplished”. Could the way we handle memory affect not only our cognitive ability, our perception, but also our happiness? Is it possible that memory which grants us the self-confidence of knowledge, be at the same time what entraps us in a constant dissatisfaction about what we have chosen, done or omitted?

Whatever is happening in our memory, the way experiences are processed and stored, certainly affects our perception of the world and our lives and hence it affects our sense of fulfillment, accomplishment and happiness. Martha says “The difference between me and them is that ironically I’ m aware that they are alive for only one second until the next one comes. I can now feel how precious every little minute is”. Could the loss of an inherent mental ability, due to illness, beyond the damage it causes, provide a new perspective, otherwise impossible to conceive?