It is always a magnificent surprise when we expect something from a movie and then a totally different outcome awaits us. Desiree Abeyta’s An Invitation to Tea is one of those movies.
As the film begins, the protagonist stands inside her car and seems frustrated. Her frustration comes to a climax through a scream that the actress serves the audience. It seems that there is going to be a story about the struggles of the main character and that we are going to experience that through cinematic realism. 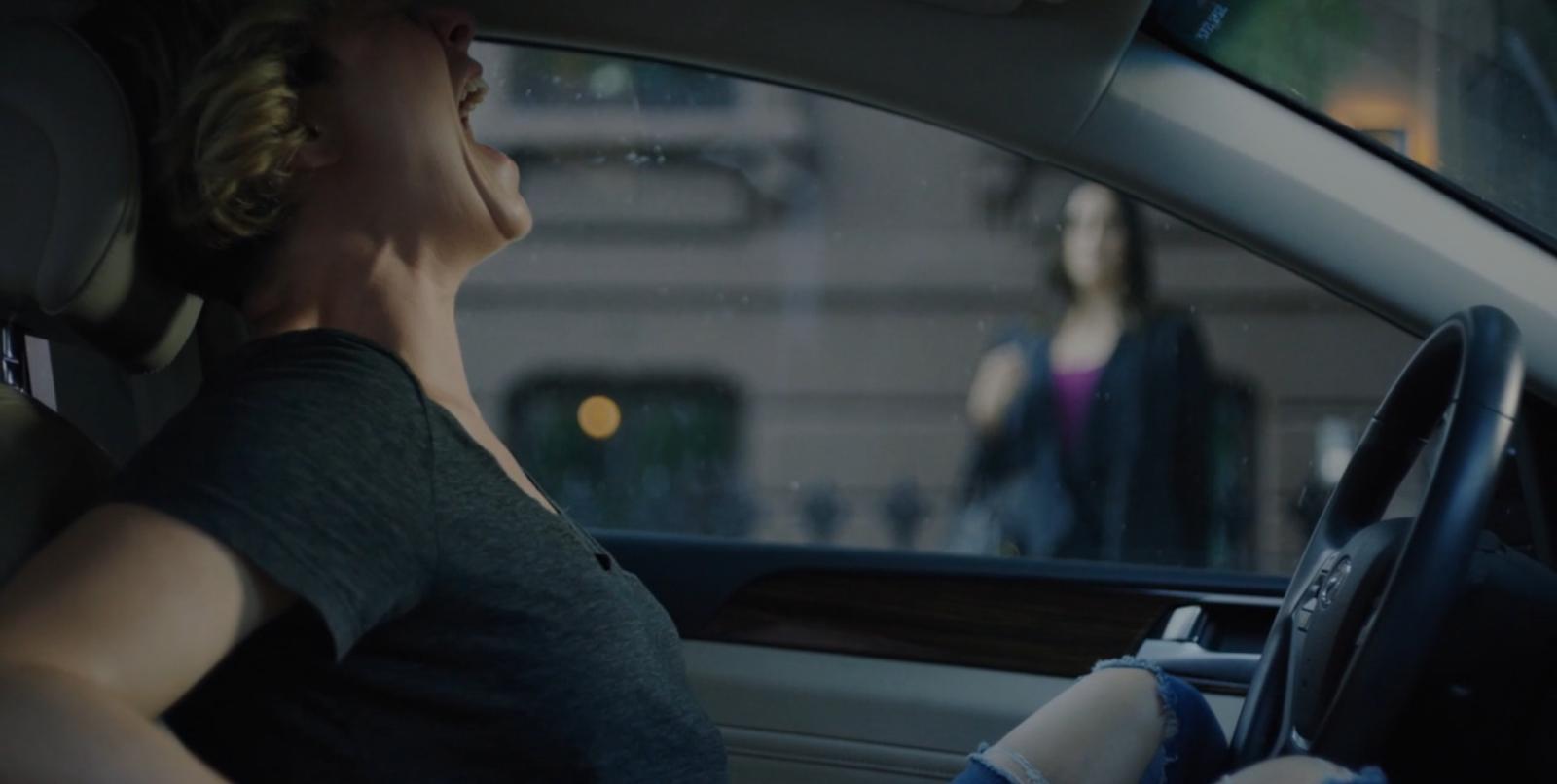 Jaimi Paige, the actress who portrays Laura, executes a very realistic performance inside an unrealistic and magical environment. For me, this contradiction is one of the things that gives space at all the magical details of the film to pop out. Laura, after having been through personal struggles, stands inside the house that a serious amount of childhood memories have been created.
There she will be forced to face adultery but at the same time overcome it. Her inside monologues will be dramatized by herself with some help from all the magical details that her grandfather has fed her mind through his inspiring storytelling.
Abeyta stated that she is inspired by magical realism and her inventiveness has roots in films like Pan’s Labyrinth or Big Fish. It is indeed obvious what the director’s influences are and that means she has succeeded in creating her vision.
While An Invitation to Tea is in my opinion a genuinely good short film, I would like to point out only one thing. In most films that embody the element of magical realism, there is a common character development. This lost child that lives inside of those main characters goes through a surrealistic journey in order to come in peace with its adult host. This sort of development I think might need a bit more time in order to be rightly comprehended by us, the viewers. That for sure does not mean that character can not be developed in a short film, but that it is much more difficult.
By any means, this is a magical and very pleasant film with a very strong actress that portrays a mature adult woman who is in charge of her life and emotions and is not guilty about her imagination and that is indeed very beautiful and inspiring.
The only reason I am nor discussing further the technical details of the film, for example the cinematography, is just because they are totally professional. Everything is as it should be. Abeyta made something really worthy as a first time director and I would like to see her next film!