Original title: Солітюд
International title: Solitude
Duration: 28 m
Country: Ukraine
Synopsis:
During a large storm carries, the sea flushes a Second World War bomb to the beach of a port city. The city authorities decide to evacuate the area. Khrystyna is a 45-year-old single woman who lives in a run-down building, destined to be demolished. Khrystyna is afraid of changes but on the day of the evacuation, Khrystyna has no choice but to leave the place she is so used to. The gathering point for the people in the theatre of the city. There she meets a young man Elijah – a stage worker, who is responsible for the evacuated people. Khrystyna finds herself in the place where Elijah lives - in the small room behind the scene. Elijah is a man without a home and a family. He uses props as furniture and chooses to be lonely as a way to be free. Between these two people, there is an understanding and intimacy that frightens both.
Team:
Director : Yelizaveta Smith
Screenplay : Yelizaveta Smith
Producer : Oleksandr Fomenko, Alina Gorlova, Lena Yakovitska, Eugene Rachkovsky
DOP : Tsvetkov Viacheslav
Production Designer : Mariya Khomyakova
SFX : Valeriy Khilobok
Costume Designer : Sophiya Ooroshenko
Editor : Sergo Klepach, Olga Zhurba, Yelizaveta Smith
Sound editor and mixer : Mikhail Zakutskyi
Composer: Jo Keita
Cast : Olena Ponomarenko, Vasil Skakun, Anatolyi Paduka, Maksym Victorovich

Yelizaveta Smith - Biography:
Yelizaveta was born in Odessa, 1990. She studied mathematic but than totally changed her way and graduated from Kyiv national university of theatre and cinema in 2014. During the 2014 Ukrainian revolution, she took part in protests and started to film documentary. From December 2014, she started volunteer working with children in the city of Mykolaivka in the Donetsk area, where the war destroyed the city. The volunteering process became into the movie ‘’School№ 3’’, which won the Grand Prix at Berlinale 2017 Generation 14+ program. “Solitude” will be her first fictional film and it will world premiere at Odessa international film festival. Took part in Berlinale talents, The writing retreat, TorinoFilmLabExtended. Member of Europian and Ukrainian Film Academy. 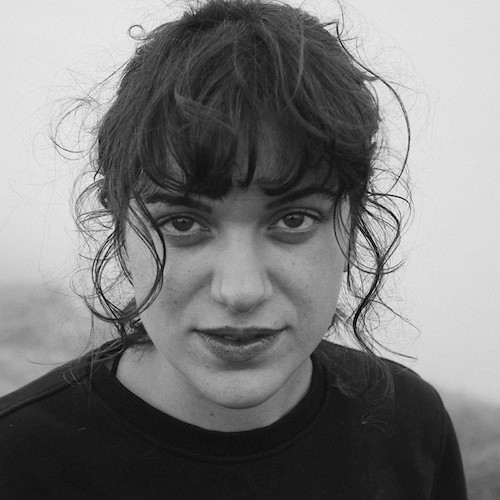