First time filmmaker, Justin Smothers, makes a strong debut by directing an adventurous film with political context. The film starts while our lead actors stop to grab a bite while on a road trip.
Willy (Christian Campbell) and Mary (Shanisa Dixon) head toward the restaurant and the atmosphere almost immediately begins to be stressful, for them but also for the audience. They enter a place with a very specific vibe that seems to have it’s own rules. As the description of the film states, “there are some towns in America that haven’t evolved’’. 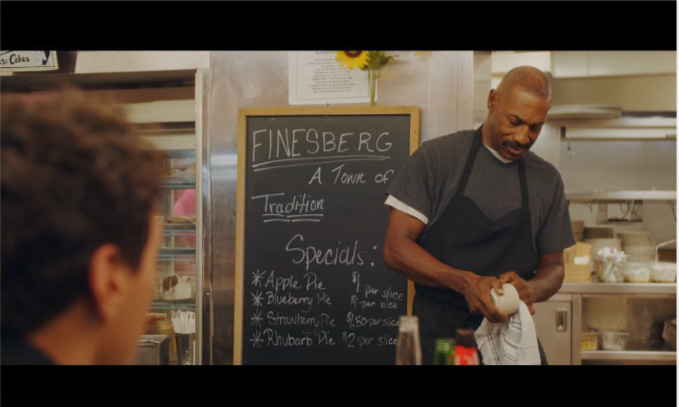 The waiter, Kevin, (Larry Hull) at the restaurant and the chalkboard behind him.

The menu chalkboard at the restaurant specifically states that we have entered a “town of tradition’’. This so-called ‘‘tradition” is about to be brutally revealed in the next minutes of the film. It will also have it’s pick in the end. The movie raises awareness about race issues and also about misconducts of the police in the U.S.A.
The directing of the actors has a very realistic approach. Christian Campbell serves a great performance as the lead actor.
His calm and down-to-earth acting portrays perfectly the hard reality of how a black man is forced to be used in a quotidian state of facing injustice. For example, his calm reaction while the police make him and his partner stop their car in the middle of the night without any reason. 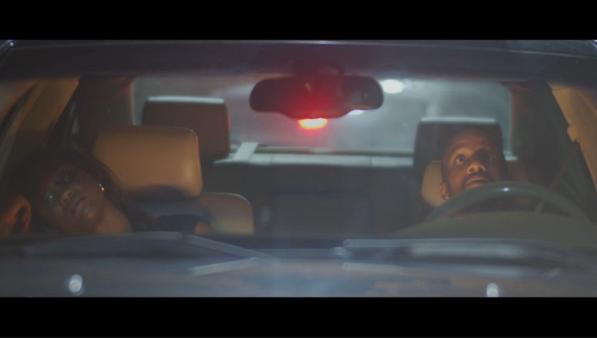 Willy and Mary are waiting in their car while being checked by the police.

While the film is rich in content, it lacks perfection in some technical details that would have made the experience of watching it much stronger. Some problems in sound editing makes the audience distant. Also, it’s directing pace does not help to identify the genre. That takes a lot away from the movie and it makes it difficult for us to engage. A faster thriller or a slower drama would have been a more complete cinematic event. That definitely does not mean that the incapability to identify a genre makes a film bad.
Although, while looking at this problem in a more positive way, the ambiguous pace could also work as a stress tool. What I mean is that the audience is already in an anxious state because it’s aware since the beginning that the subject of the film touches racial issues. That keeps us in a permanent state of uneasiness and so this results in a more powerful anticipation of the climax.
Nevertheless, all those problematics disappear when the film reaches its peak. As I stated before, the film is rich in content and that can not be overlooked because of technicalities. The audience must be ready for an unexpected feminist and anti racist twist tha will make the movie to take off. In any way, the film must be watched and we anticipate the director’s next pieces!